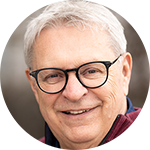 Born and raised in Kalispell, John Hendricks had broadcasting on his mind from an early age. Following his 1968 tour of duty in Vietnam, he jumped into radio — initially to finance his education. After receiving degrees from St Martin’s University, he decided to focus on his career as an on-air performer, which propelled him to 93.3/KUBE in Seattle, and then to Denver and that city’s legendary radio station, 950/KIMN.

In 1989, he made the move to Denver’s preeminent Country station, 98.5/KGYO, where developed an award-winning 7PM-to-Midnight show that not only achieved top ratings in that city, but did the same in every major market in America.

Hendricks was a pioneer in the early days of satellite-delivered programming as an air personality and program director at what is now Westwood One. In fact, competitor stations in Northwest Montana still carry programming that he developed. His syndicated John Hendricks Overnight show was cleared on nearly 100 radio stations nationwide

Hendricks took a break from his career in 2001 to spend time with his father after the sudden death of his mother. Following his father’s death in 2002, John accepted a top management position at Music Choice in New York City. He returned to Kalispell in the summer of 2008.

When it became evident that Northwest Montana’s heritage radio station, KGEZ, was in danger of disappearing forever, John jumped in. With his intimate knowledge and love of the Flathead Valley, coupled with the skills honed over four decades in the broadcast industry, he led the charge that has returned KGEZ to market prominence.

John has two grown children and a young grandson. His motorcycle tours have taken him the length and breadth of America. He’s a licensed private pilot and amateur (ham) radio operator. He and his wife, Judi Fenton, enjoy fly fishing, backpacking, camping, skiing and golf.