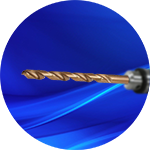 Twice each morning on the KGEZ Good Morning Show, John & Robin talk directly with our correspondents covering the events that shape our lives. We call them “Drill Downs” because we drill down, past the headlines. Our correspondents share what they’re witnessing.

More than an in-depth report, our Drill Downs go deep.

Bob Costanini in Washington. Bob’s career spans decades, reporting for the most-honored newsrooms, including NBC, Fox News Channel, Tribune Television and CNN. Often you’ll see Bob on television in the White House Briefing Room, asking questions of the President. Bob tells us what he’s seeing and hearing at the White House and on Capitol Hill.

Linda Kenyon in Washington. Linda’s broadcast career spans a quarter-century reporting for threennational news Networks through four presidential administrations. She holds a Master of Science Degree in Journalism and a Bachelor of Arts Degree in Psychology. In addition to her on-air work, Linda is also a published author. Linda covers Capitol Hill and the Supreme Court for us.